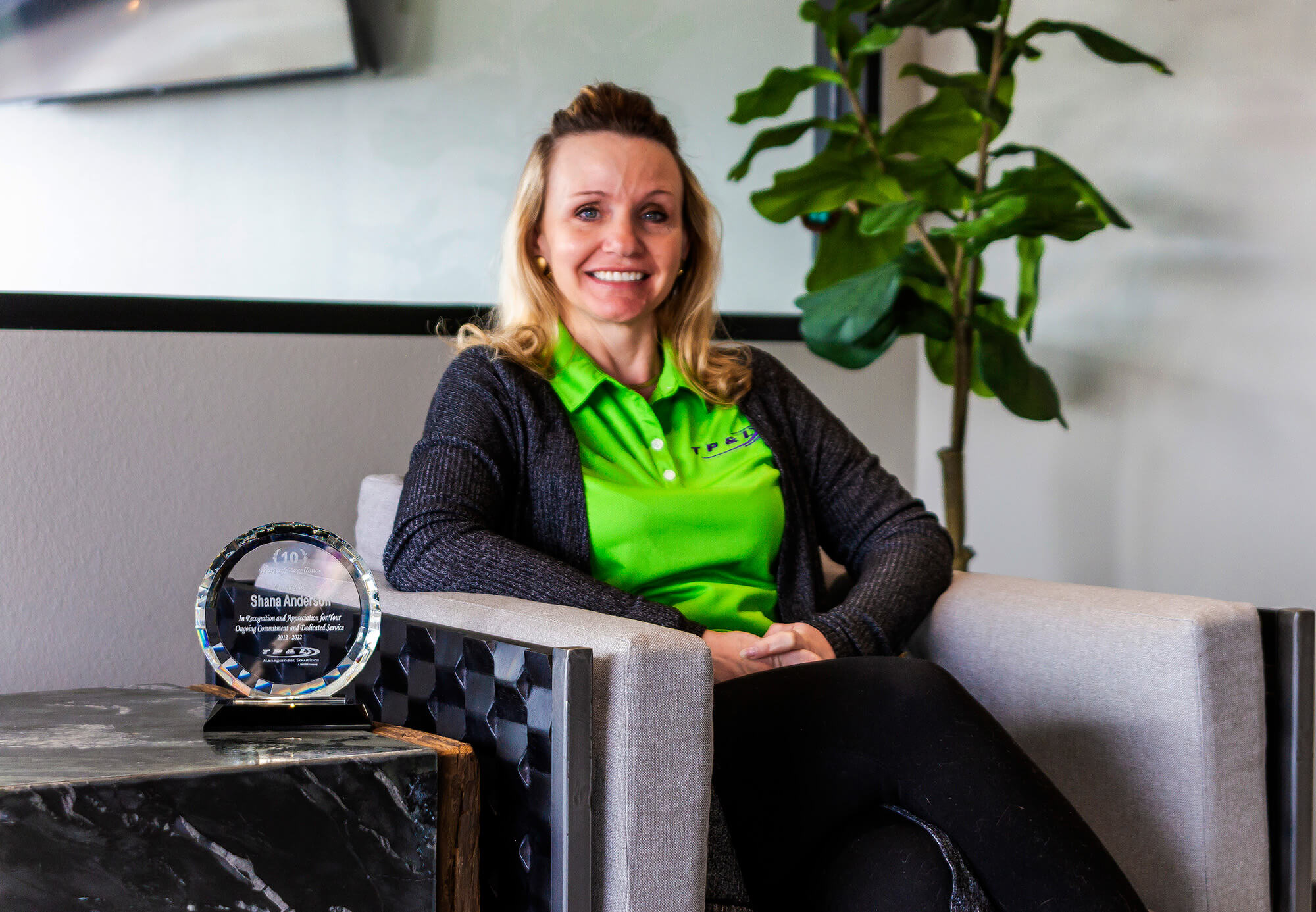 He found that person in Shana Anderson.

Anderson is celebrating her 10th year at TP&L and, in those ten years, she has proven herself to be pivotal to its growth. As the Vice President of Finance and Administration, Anderson does it all.

“Obviously [the work I’ve done] has progressed over the years,” she said. “It started out as me just ‘doing the books,’ and then as we’ve grown as a team, I’ve been able to delegate some of the work. But it’s making sure the books have accurate and precise data. Our operations side is making all the magic, and it’s up to us to organize here on the accounting end so it all makes sense. I handle the tax side, too. With every endeavor that we take on, there’s a new line of taxes; whether it’s county, city, state, payroll-wise, sales tax, property tax, personal property tax, and more. We’re just making sure that, from a business side, we are absolutely taking care of everything and that we have no holes.”

Anderson also manages multiple insurance claims. She organizes the company’s health benefits and is the
liaison for the Human Resources Department to the employees and the top-level executives. She’s not just in charge of finance and administration for TP&L, either; she also handles those same duties for some of its sister companies and side-entities. She wouldn’t take on this responsibility if she didn’t love the job, however. And she wouldn’t work as hard as she does if she didn’t respect and admire the people with whom she works.

“I align with the characteristics of integrity that TP&L has,” Anderson said. “Jim [Orr] honors everything that is right and just; that’s the way he does business and I can align with that. It’s very easy to team up with someone or something that has the same characteristics and beliefs that you have. This business started on a handshake and that’s really unheard of in this age, even ten years ago. And I think that speaks volumes to Jim’s character and the belief that somebody else has in his integrity. There’s been a lot of growth throughout these ten years and I believe that never saying no is the reason for our ten years of success. We never say no. We say yes and then, on the backend, we figure out how to make it happen.”

Shana Anderson took a chance when she said ‘Yes’ to Jim Orr all those years ago. But it’s a chance that paid off in spades and it has made her a vital component of Transportation Partner & Logistics and all of its subsidiaries. Congratulations on ten years, Shana. Here’s to ten more.