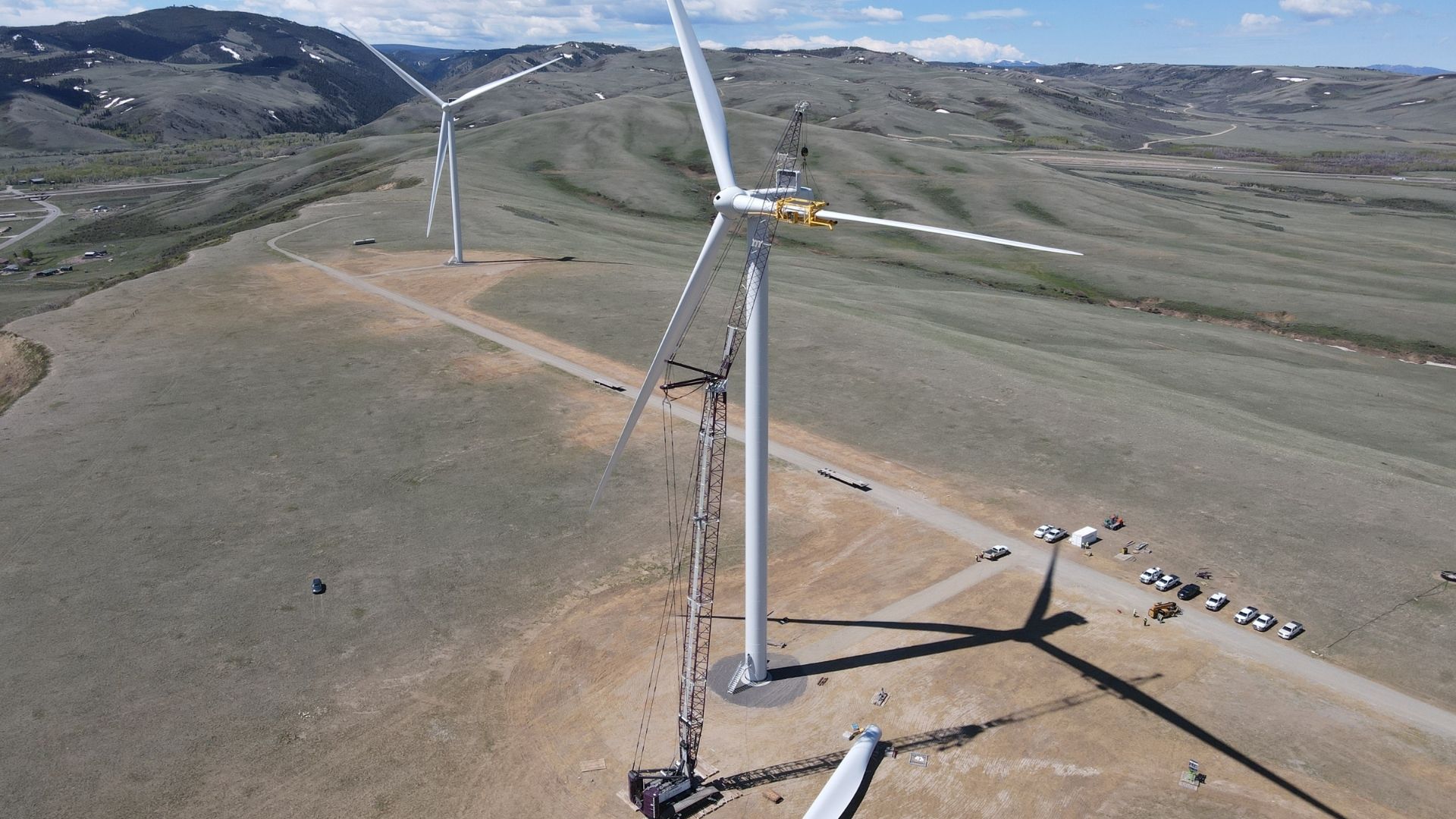 When the powers-that-be at Transportation Partners & Logistics told Tyson Peterson that they wanted him to head a new division within the company, he jumped at the opportunity…even if he didn’t know what, exactly, he was jumping into.

Still, Peterson took on the task he was given and, in the span of approximately 18 months, he helped build the TP&L Uptower Maintenance Division.

The Uptower Maintenance Division is Transportation Partners & Logistics’ newest division, and it specializes in various different aspects of wind turbine work, and it includes a variety of different services, including wind turbine erection, maintenance projects, retrofitting, site support and troubleshooting on wind turbines, and more.

This division has done a lot of work in a very little amount of time, and much of its success can be traced to Peterson.

“It’s been amazing to be a part of something from the very get-go,” Peterson stated. “I actually started out my career with TP&L as a rigger at the Casper laydown yard. I soon advanced to the role of a foreman or assistant site manager at the Casper site and we had a very successful year. Then, the corporate management team asked if I would be interested in managing a new division. I asked what it was and they said it was going to be the Uptower Maintenance Division, so I said ‘Sign me up.’”

Originally, Peterson’s team was just himself and two other employees from the laydown yard. They trained for a period of time before serving as more of a support system for TP&L’s sister company, RENEW Energy. Following that, however, they began work on a maintenance project in Texas.

“At that time, we were probably only at about five employees and it was kind of undetermined on where we were going to go, direction-wise, with this division,” Peterson stated. “We were brand new to the Uptower side of things for TP&L and the future was unclear on where we were headed. But everything just fell in line. We secured that maintenance project in Texas and then last March we secured a project known as the ZF Gearbox Retro-Fit . After its successful completion, it opened the door for us to secure the several hundred turbine retro-fit projects that we are currently working on, in two different regions throughout the U.S.”

The ZF Gearbox Retro-Fit included several hundred wind turbines which showed Peterson and his bosses that more help was needed. In 18 months, the TP&L Uptower Maintenance Division went from 3 employees to 40.

“I didn’t expect everything to grow so fast,” Peterson said. “It was a very enjoyable challenge to be able to navigate through that and be able to juggle all of the various projects. I’m glad that we’ve come this far and I’m excited to see where we’re going in the next six months, to a year, to two years. I am just enamored with this division’s growth over the last 18 months. It’s turned into something so amazing, with all of the growing pains associated with it, all the triumphs, all the challenges; it’s good to see that we’ve successfully overcome those challenges and have been so successful.”

“I accepted this challenge and I accepted this position because I knew that deep down, I had what it took to take this on,” he stated. “But the growth of this division is solely reliant upon the work of my technicians out in the field. Their ability to exhibit professionalism and customer correspondence; these are the things I’ve preached to these guys and they have done an incredible job with it, from day one. We’ve gained a very good rapport with various site management teams out in the field. They’re impressed by our involvement. They’re impressed by our technicians’ work ethic and their punctuality. It’s just great to be a part of this team.”

The work that Peterson and his team do on a daily basis is why TP&L’s Uptower Maintenance Division has been the success that it is. To go from 3 employees to 40 in less than two years speaks not only to Peterson’s management style, but to the work the technicians do day in and day out.

It also speaks to Petersen’s managers; the men who were with him from the start of the very first project. Curtis Williams, Petersen’s Regional Manager, as well as Brad Elrod, his Sales Manager, were something of a Three Musketeers, all-for-one-one-for-all kind of team and Petersen said the projects would have been successful without Williams and Elrod.

“We three, since the beginning, have diligently worked very closely together and continue to do so operationally to ensure our forward progression,” Petersen said. “None of this would have ever been possible without their ever-continuing support.”

It really is a team approach, all around. From the managers to the technicians, everybody involved in the Uptower Maintenance Division work for each other, and with each other.

“I couldn’t be more thrilled to be a part of something, to be a part of what this has become,” he stated. “It is, by far, one of the greatest experiences that I have ever taken part in and now it’s onward and upward and I look forward to the future.”

Peterson and his team continue to exemplify everything that Transportation Partners & Logistics represents, and when it comes to the future of this new TP&L division, well…things are looking up.