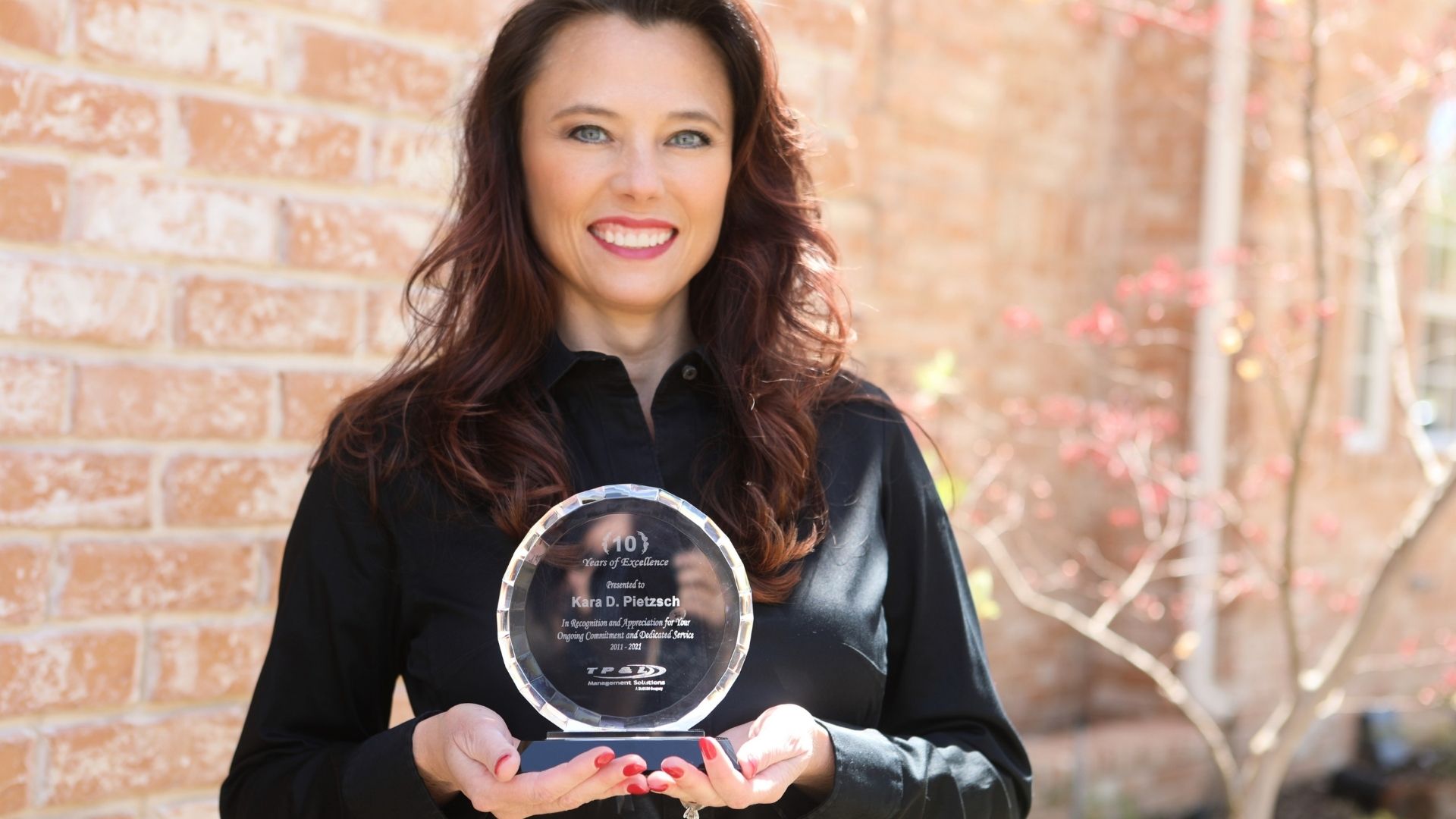 Transportation Partners and Logistics is proud to announce that Deedee Pietzsch, the Director of Rail Logistics, is celebrating 10 years of service!

Deedee said she’s “been here since the beginning” and that she got the job after being hired by one of TP&L’s original partners. A coincidental text message led her to be employee number five.

A current employee at the time stated to Deedee, “You have the operational skills, the organizational skills, and the work ethic, I can teach you the railroad piece.” So, she did, and immediately it was very interesting to Deedee. “You don’t ever really think about how things get from one place to another until you’re actually doing it. And when it comes to moving these wind turbines, it’s just fascinating.” Deedee noted.

“My background is not in transportation or logistics at all,” Deedee laughed. “I was in hospitality for years, but a lot of those operational skills and duties transferred over to this industry.”

Deedee said that right before she began working for TP&L, she was running an appraisal management company, which seems unrelated, but that job gave her tools to effectively manage others.

Deedee first began working as a rail analyst, focusing on day-to-day operations of implementing the rail schedule for a customer of TP&L. The tasks included waybilling, tracking and tracing trains, ordering train symbols, and notifying the customer and yards of train movement. She also worked as the inventory manager for TP&L’s yards, as well as all other yards the customer had product in.

“Now that we’ve grown and have so many yards with so many components on them, our Rail Team has grown to four. I have a dedicated Inventory Manager,” she stated, “a Rail Analyst and a Fixture and Rigging Manager now, too.”

In her new role, she is now managing the overall rail schedule and equipment allocation/storage for the customer’s wind business.

“Stepping into this role, I also began managing people, which I never had to do before,” she revealed. “So that is a whole other set of skills and mindset to do that. And we all work from home, so we’re not together in an office. We’re not able to be together every day, so it’s important for me to keep that engagement up with them. Luckily, two of my three guys live within about 30 or 45 minutes of me. We all live close together, so once a month, at least, we’ll try to get together for lunch. Sometimes it’s a working lunch and sometimes it’s just a regular lunch, just so we can get together.”

Deedee cares deeply about her employees and about her customers.

Congratulations to Deedee for 10 years of excellence. Here’s to another 10 years!